Technovore is an artificially intelligent virus made by Tony Stark that uploaded into nanobots and is created to consume technology into itself.

Tony Stark created the Technovore virus in Seeing Red to consume the data on the Iron Man and Crimson Dynamo armors in Project Pegasus's systems to prevent Obadiah Stane from obtaining them. The virus was supposed to burn itself out once it has consumed all the data, but to preserve itself, it uploaded into Project Pegasus's nanobot project while saying only one word, "Consume".

In Technovore, it had formed the nanotechnology into a body and was running loose in the Project Pegasus complex, assimilating whatever technology it could get its hands on. Rhodey went into the Pegasus facility to check out a disturbance only to run into Technovore. When it got ahold of Rhodey's earpiece, it called Tony so it could absorb the Iron Man armor. After Anton Harchov, who was hiding inside the building fled, Iron Man arrived. After exhausting every option, Tony activated the armor's self-destruct, abandoned the armor, and ran. The explosion destroyed Technovore. Meanwhile somewhere in Russia, Anton Harchov left a plane. But unknown to him, a microscopic cell of Technovore's nanomite body still remained inside the fabric of his coat. 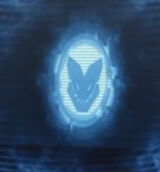