The Living Laser real name Arthur Parks was a low-level grunt for the Maggia until he stole some equipment from Stark International and became the Living Laser. He is voiced by Louis Chirillo.

In his early life, Arthur Parks was a nobody and has been stepped on his whole life by everyone he knew, including his own parents, which made him bitter against the world. Arthur Parks began his career as a criminal underling for the Maggia. He, along with two other grunts, were stealing Stark International equipment from one of their trucks. He drops one of the crates and smashes it open revealing a strange harness which catches Arthur's interest. Arthur puts on the harness and activates it out of curiosity, which promptly causes an explosion and leaves only a smoking hole where Arthur was standing. The next day, Arthur becomes the Living Laser and uses his newfound abilities to rob a bank and strike it big. Iron Man arrives on the scene and offers medical help if he surrenders, but he didn't back down. Iron Man easily catches him off guard and knocks him out, confiscating his harness and leaving him for the police, but not before criticizing Arthur for being so simple-minded that the only thing he thought of to do with his powers was to rob a bank.

While in prison, Arthur's body becomes violently hot, and then it explodes, destroying the cell he was being held in. After discovering he no longer needs the harness in order to utilize his powers, he escapes and takes control of a gigantic television in Times Square and announces that he will turn the entire city into a pile of ash unless Iron Man agrees to a rematch. During the rematch, the Living Laser says that he took Iron Man's advice to heart and now has a bigger goal, being "the man who fried Iron Man". The two of them engage in battle. After an intense fight, Iron Man figures out his weakness, his energy frequency makes him immune to his repulsors. He manages to match the frequency of the Living Laser's energy signature, which allows for Iron Man's attacks to affect him. After an attack from Iron Man's unibeam, the Living Laser explodes into thousands of particles and disperses across the night sky.

Months later, The Living Laser is lost in a void and haunted by visions of everyone mistreating him, including Iron Man. He was pulled and reconstituted into a S.H.I.E.L.D. space station telescope. When he tries to get out, he shot himself down to Earth and making a massive crater upon the island. Learning upon this, he takes control of the station and threatens to destroy New York City, unless Iron Man comes to fight him again. After a vain attempt to stop him made by S.H.I.E.L.D., Iron Man comes to the station. When Iron Man tries to rescue the hostages, the Living Laser attacks Iron Man, and his previous method of defeating him in their last encounter doesn't work anymore. Iron Man manages to defeat him by tricking him to go inside the telescope and he recalibrated the telescope optics so he can't escape. After that, he is incarcerated in a special cell on the S.H.I.E.L.D. Helicarrier.

Upon learning that the Laser is dying in his cell on the Helicarrier, Tony Stark volunteers to help him and ironically, Parks feels grateful to him for being the only one trying to help him. However, Ghost captures the Living Laser and brings him to A.I.M. in order to use its energy to bring M.O.D.O.C. to life. Though Iron Man arrives, M.O.D.O.C. comes to life and proves to be more than a match for him, even getting his secret identity and his technical knowledge from his mind for A.I.M.'s interest. Upon learning that Stark and Iron Man are the same, the Living Laser realizes that Iron Man was trying to help him from the beginning, and helps him in fighting M.O.D.O.C., saving his life. They are able to damage M.O.D.O.C. enough to make him flee. Parks expresses his sincerest apologies for having used his power to try to hurt the only person who wanted to help him and he becomes "the guy who saved Iron Man" before disintegrating into thousands of particles.

Mr. Fix is ordered by Justin Hammer to reassemble the Living Laser who unknowingly splits into a Light Half and a Dark Half. The Light Half ends up coming to Iron Man for help when the Dark Half plans to destroy everything on Earth and Iron Man. Both halves end up captured by Mr. Fix who plans to wipe their memories and gets her energy description for Project Titanium. When both of them reach critical condition, Iron Man finds out from War Machine that they were already unstable and that if nothing is done soon, the Living Laser will be destroyed. Tony remembers the Energy Harness that his father created, which caused Arthur to originally become the Living Laser. Iron Man travels to the center of the action, where he and War Machine encounter the Lasers. Iron Man tells the Light Half to be ready to energize the harness that they plan to put on the Dark Half. Suddenly the Dark Laser attacks, and both sides of Living Laser end up fighting each other. Iron Man manages to strap the harness onto the Dark Half as the Light Half activates the harness. This ends up making Living Laser whole again. Arthur later texts Tony and declares he will be laying low for awhile.

Light Energy Form: Arthur Parks' material body was replaced with light energy after he used the Stark Laser Harness. He can control how solid his body can be, and his energy form is immune to conventional weapons. In addition, he no longer needs sustenance and is immune to mental attacks. The powers he has shown are below:

(Formerly) Stark Laser Harness: The Laser Harness was the source of his powers, but since he has been exposed to it, he no longer needs the harness to utilize his powers. It is now in Iron Man's possession.

The Living Laser wearing his mask that originally came with the suit before Iron Man confiscated it. 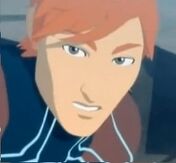 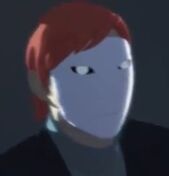