The Iron Man Armor Mark II is the latest and most powerful Iron Man Armor yet. Tony Stark uses it to replace theMark I in Season 2. It is also called his Extremis Armor since he took the Extremis serum.

In The Invincible Iron Man Part 2: Reborn, After the Mark I armor was destroyed by Whiplash, he broke out his newly made Mark II armor. It is a stronger, faster, and better version of the original suit.

During Extremis, Tony takes a tech-based version of the Extremis drug used by Mallen to increase his biology, fix his damaged heart, enhance his biology and reaction time, and gain technopathic connectivity with all forms of digital technology. He can control his armor and suit up without touching it, even from a distance.

It is armor potentially has all of the same abilities as his old suit, only better, stronger, and more advanced with a few new features. 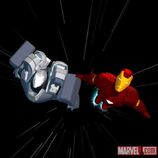 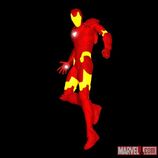