The Iron Man Armor is the technological armor that Tony Stark uses to fight evil as Iron Man. The armor's computer AI is voiced by Lisa Ann Beley.

Tony Stark creates the armor completely on his own with some of Rhodey's help. He was planning on showing his dad, but they were both in a plane crash. The crash damaged Tony's heart while his dad was thought to be dead, he put on his armour to keep himself alive as he flies to Rhodey's place. When he first heard from Pepper that Obadiah Stane was being investigated, he uses the armor to spy on him, but when the armor detected a runaway train, he stopped it and saved thousands of lives. The public is now calling him "Iron Man". He then adopts the name and uses it to become a superhero.

As he builds more armors, he gave them to his two friends who took the names War Machine and Rescue.

The armor also has a remote command system to enable Rhodey to control it from a separate computer terminal if Tony can't, a security system to prevent people from opening it when Stark is unconscious, and a secondary transportation system enabling him to "skate" when the flight system is damaged.

In Ancient History 101 , Stark even creates a backpack that allows him to don the armour whenever and wherever he needs to, combined with anti-gravity tech so it doesn't weigh billions pounds (possibly based on how the comic version always carried his armour in his briefcase).

The first variation of the armour appears in Cold War, when he creates enhanced gauntlets on his armor to fight the Blizzard. After the fight, he talks about creating other armors, including arctic and space variants. New armors then appear in various episodes.

This armor first appeared in Whiplash to fight the eponymous villain.

This armor first appears in Field Trip to infiltrate Stark Tower. Instead of red and gold, it is grey and red. It is designed to move through the air silently. Later appears in Panther's Prey to follow an AIM hovercraft. It is later shown exploding in Tales of Suspense Part 1. It was later rebuilt prior to Ghost in the Machine.

This armor first appears in Seeing Red to fight the second Crimson Dynamo . This suit is designed to fight strong, tough enemies. It is later used in Uncontrollable where he fights the Hulk with it. The armour is shown exploding in Tales of Suspense Part 1'. It was later rebuilt prior to Heavy Mettle.

This armor was mentioned in Cold War and used in Fun With Lasers to fight the Living Laser. It was then used by Howard Stark in The Makluan Invasion, Part 1: Annihilate! and Part 2: Unite!

This armor was mentioned in Cold War and used in Best Served Cold to go to the Arctic Circle and fight the Blizzard.

First seen and used in Tales of Suspense Parts 1 and 2 to assist Iron Man in the fight against Fin Fang Foom and the Mandarin.

This armor is Pepper Potts own armour. It is purple and silver. First seen in and used in The Dragonseed where the now armoured trio go to China to confront the Mandarin. Later used in The Makluan Invasion, Part 1: Annihilate! and Part 2: Unite. 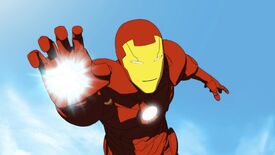 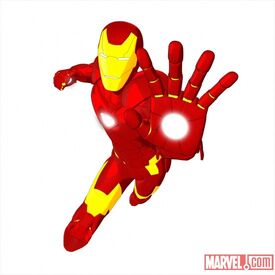 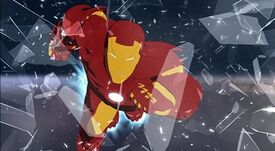 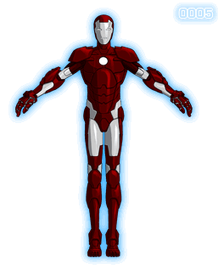 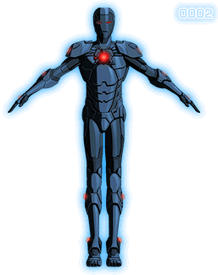 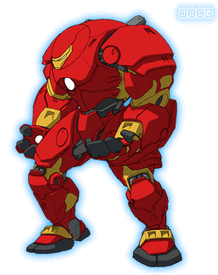 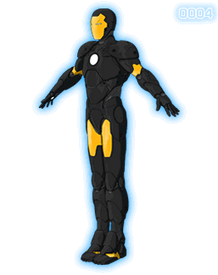 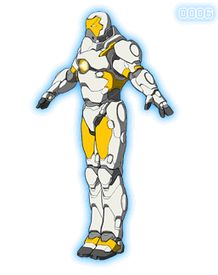 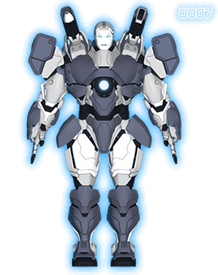 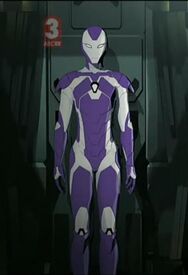